Crab Dip
A thick, creamy crab mix served in a toasty bread bowl with pita bread and tortilla chips on the side.
$15.75

Chicken Nachos
Our Nacho Supreme with shredded chicken substituted for the chili.
$14.75

Buffalo Cauliflower
Fried Cauliflower tossed in our mild buffalo sauce or a wing sauce of your choice.
$10.25

10 Wings of your choice served with celery, carrots and bleu cheese or ranch dressing.

Your choice of one side: Fries, Chips, Coleslaw, Baked Butter Beans, Fresh Fruit Cup, Vegetable of the Day or Rice.

Sandwich Combo
Your choice of a half of a club sandwich (turkey, roast beef, or ham) or chicken salad sandwich and your choice between a cup of soup or house salad. No sides. Add .75¢ for seafood soups.
$9.75

Fraizer’s Club
Your choice of ham, turkey, or roast beef with bacon, lettuce, tomato, and American cheese. Mayo served on the side.
$11.75

Crab Cake Sandwich
Our own hand-mixed lump and back fin crab cake, broiled or fried and served with lettuce and tomato.
Market Price

Colorado Dip
Hot roast beef topped with fried onions and peppers, Provolone cheese, and horseradish sauce on a steak roll and baked in the oven.
$13.50

Your choice of one side: Fries, Chips, Coleslaw, Baked Butter Beans, Fresh Fruit Cup, Vegetable of the Day or Rice. Every Burger is served on a kaiser.

All entrees, unless otherwise stated, are served with your choice of two sides: cup of soup of the day (add 75¢ for a seafood soup), house salad (add $1 for Caesar salad), vegetable of the day, rice, baked potato, fries, coleslaw, apple sauce, fresh fruit cup or baked butter beans.

Baked Chicken Mozzeroni
A chicken breast stuffed with fresh mozzarella and pepperoni, served over cheese tortellini with a creamy Alfredo sauce and diced tomatoes and scallions. No Sides.
$17.75

Meatloaf
Our homemade meatloaf topped with bacon and cheddar cheese.
$12.50 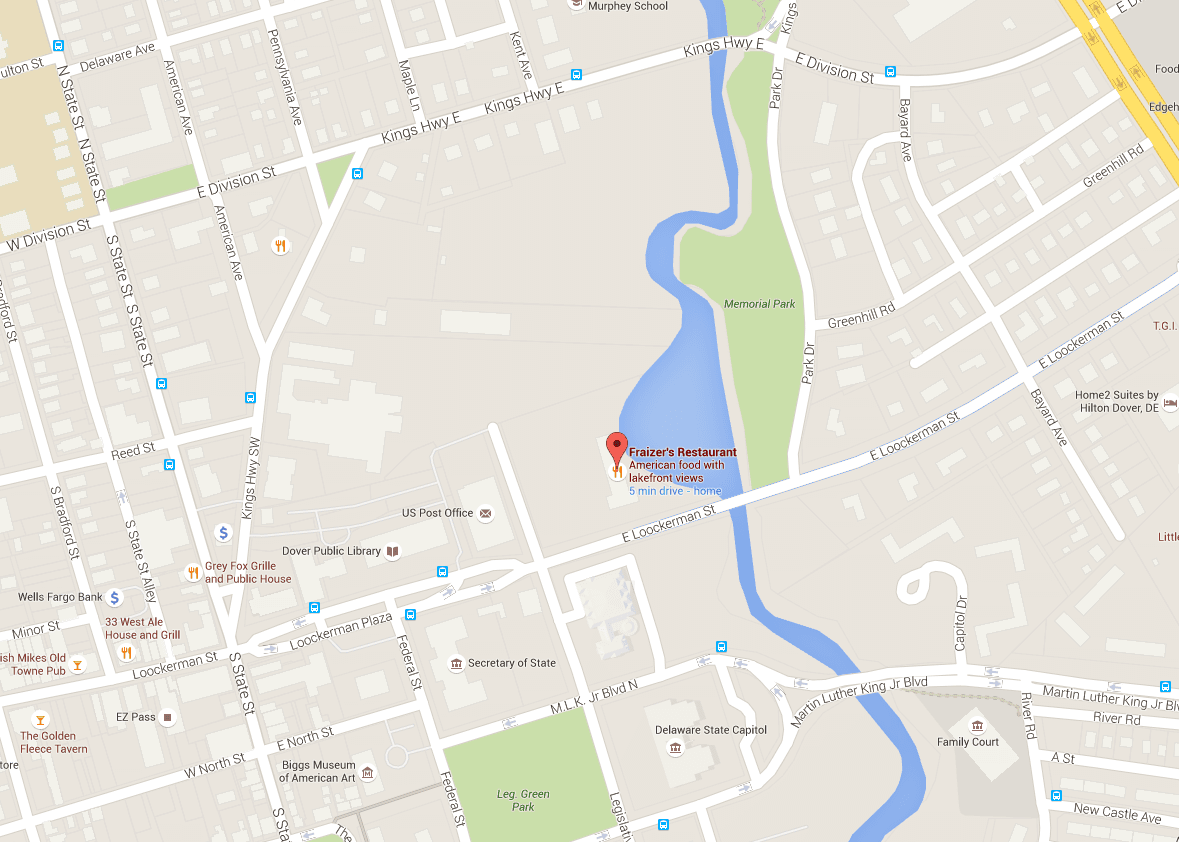